Virgil “Buddy” D. Kalpin, age 90, of Monticello, died on Wednesday, September 14, 2022, surrounded by his family at Grand Arbor in Alexandria.

Visitation will begin at 1 p.m., followed by a funeral service at 2 p.m., Saturday, October 1, 2022, at St. Peter’s Lutheran Church in Monticello with Pastor Aaron Jensen officiating. Full military honors will be accorded by the Monticello American Legion and Veterans of Foreign Wars.

Interment will take place at Parkers Prairie Cemetery at a later date.

Virgil “ Buddy” Duane Kalpin was born on April 8, 1932, to Erwin and Orrel (Olson) Kalpin in Parkers Prairie. He was baptized and confirmed in the Lutheran faith. Following his education, Buddy served in the U.S. Army during the Korean War and was wounded, receiving decorated honors of two Purple Hearts, from 1949 – 1952. He continued to serve in the Reserves until 1957. Buddy married Eunice Block on June 8, 1952, in Parkers Prairie. Following their marriage they lived in Parkers Prairie, Owatonna, Grand Rapids, Sartell, Clearwater, and Wheatland, Wyoming working as an electrician. He retired and made his final stop in Monticello. He was a member of St. Peter’s Lutheran Church, its church council and choir. He was also a member of DAV, and the Purple Heart Foundation. He was commander of the Monticello VFW Post #8731, served as Sergeant of Arms for over 40 years in the Monticello American Legion, and was a member of the Electrical Union Local #343, IBEW. Buddy enjoyed hunting, fishing, playing horseshoes, and bowling. He loved working in his shop, making and repairing. He never said no to anyone that needed a helping hand.

He was preceded in death by his parents; wife, Eunice in 2014; brother, Marshall; daughter-in-law, Joyce; and sister-in-law, Ruth.

In lieu of flowers, memorials preferred. 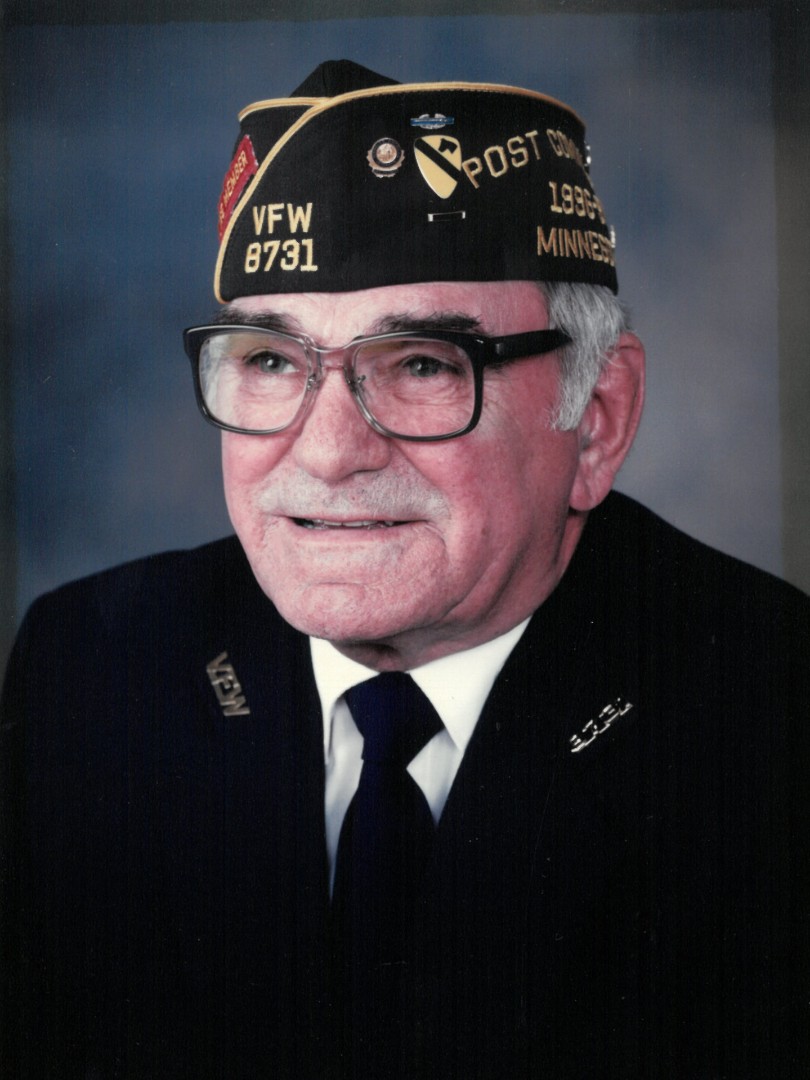