Rexford Montgomery “Monty” Cassady - 86 of Martinez CA was called to heaven on December 23 2021.

Monty was born in Mohall North Dakota on Nov 5, 1935. Son to Claude and Blanch Cassady. Like his 5 siblings Monty was born at home.

Family work rooted in the Great Northern Railroad took the family from Mohall to Hillsboro ND then Nelson MN by 1946 where his father ran the one-man depot.

Monty attended local Douglas County schools and graduated from Central HS in Alexandria in 1954. He did not participate in school sports with the in-town kids, because back then, there was no “sports bus” and Nelson was a 5-mile walk from Alex. Nonetheless he was an avid fan of baseball and football. Monty maintained numerous friendships from Douglas County throughout his life. He always made an effort to stay connected with friends and family - including Pauline Rutten (Bircher) and Jerry Sather and many more.

Monty joined the US Army in Nov 1954 where he was trained as a cryptographer at the Southeastern Signal School, Fort Gordon GA and then stationed in Japan. He attained the rank of Sergeant and was honorably discharged in Nov 1957. He returned home to Nelson after his service.

In 1968 he moved his family from Minnesota to Lafayette California where he began a career with the US Postal Service. He retired from the USPS in 1996.

While he loved living in Northern California he was forever connected to Minnesota and he made it a priority to make frequent visits home. He was always up for a good long road trip. He also made routine trips to the desert southwest with his partner in life Carolyn Hill, to see what treasures laid in store over the next hill. The road fostered a love of cars, especially old Fords and he enjoyed driving his classic convertible Galaxie in the California sunshine. (It will remain a family heirloom to be treasured by his kids and grandkids for years to come).

Monty never met a stranger in his life and would strike up a conversation with anyone. He loved his pets and always enjoyed a good joke. His laughter was contagious and he put a smile on the face of most everyone he met. He was always there to give a helping hand to anyone that needed it. Many folks reminisce at how physically strong he was too.

Monty was the “glue” in our extended family and he will be deeply missed.

A service will be held for Monty at the Northern California Veteran’s Cemetery in Igo CA on Friday May 6, 2022 at 12:30pm

Flowers are not necessary however, his love for animals could be expressed in an equivalent donation to your local animal shelter. 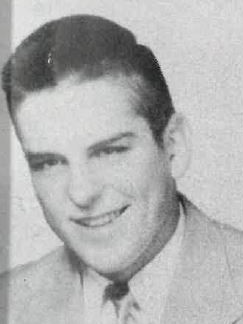