Palmer Franz Ewald Krueger was born January 24, 1926 to parents Wilhelm (William) and Ernestine (nee Wussow) Krueger. He was baptized February 14, 1926 at Ebenezer Lutheran Church, Leaf Valley township, Douglas County, Minnesota. He confirmed his baptismal vows before the congregation at Ebenezer on June 30, 1940. He and Lucy Anna Amelia Zarn were married at Ebenezer on June 28, 1951 and remained active members there for their entire married life. He died on September 27, 2022 at Knute Nelson Care Center in Alexandria, MN at the age of 96 years, eight months and three days.

Palmer spent the whole of his working life as a farmer, seldom straying far from the soil onto which he was born. He took over the Brueske farm and raised crops, kept beef cattle, hogs and generally, one Jersey cow which he milked by hand to provide for the household needs. Skilled at basic repairs and maintenance, he operated his farm with modest equipment until their retirement in 1992. Over the course of 41 years, it had gradually become known as the Palmer Krueger Farm.

Palmer was drafted into the U.S. Army in 1944 but was selected to enter the Navy before he arrived at basic Army training. He served aboard Liberty ships while on active duty, attaining the rank of Gunnery Mate 3rd class (GM3). He was honorably discharged on June 9, 1946. As the years passed, he took increasing pride in his military service and was gratified to be able to participate in an Honor Flight to the national capital to view the war memorials there.

He was honored by the Ida town board on the occasion of his retirement in 2012 after serving 40 years as the township treasurer. It was a matter of satisfaction to him that he kept the township’s books balanced to the penny without the aid of a computer.

Upon their retirement in 1992, Palmer and Lucy had an earth sheltered home built and they lived there until age and health issues necessitated a move to assisted living and later, a care center. They enjoyed good health and mobility for most of their retirement years and put that mobility to good use with frequent trips to the local dance halls on the nights that featured olde tyme music and dancing. They relished travelling on bus trips or with relatives. Palmer was able to say that he had visited nearly all 50 states. He enjoyed fishing through the ice in the winter months in a house he shared with son, Curt.

In retirement, he learned to make woodcraft projects with his scroll saw. He was happy to provide the church Sunday School teachers with a handmade gift each Christmas. Many of his family members and friends still have a wooden cross given to them as a testament both to his craftsmanship and to his faith.

Visitation will be held on Monday, October 3, 2022, 4:00 – 7:00 PM with a Prayer Service at 6:30 PM. Funeral service will be held on Tuesday, October 4, 2022, 11:00 AM at the Ebenezer Lutheran Church in Leaf Valley Township with visitation one hour prior to the service. Burial will be at Ebenezer Cemetery. 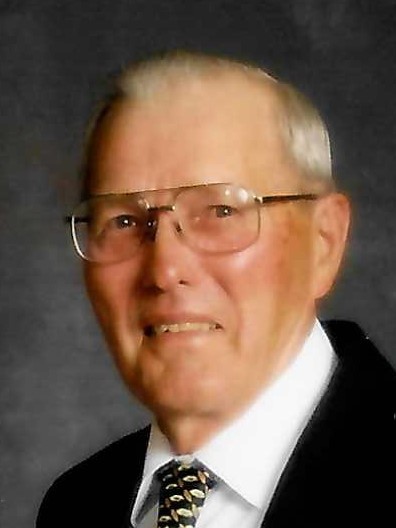