Norma was united in marriage to Rudolph “Rudy” Nelson on August 25, 1952, in Rockford, Illinois. The couple lived in Rockford for 14 years where Norma worked in a factory during the war and different restaurants as a waitress. In December of 1964, the family moved to Alexandria where Norma co owned and operated a restaurant called The Coffee Cup. Norma and Rudy started their electrical company “Rudy’s Electric” in 1971. Norma did all the bookwork and scheduling until her daughter-in-law joined the business.

Norma belonged to the Eagles Lodge 3063, Alexandria Senior Center, and various golfing and bowling leagues. She was a member of the United Methodist Church where she belonged to the Joy Circle and enjoyed helping with bake sales and fundraisers. She had a lifelong love for their pets, especially Buddy 2. Norma enjoyed taking RV trips with friends and grandkids and having pig roasts. She also enjoyed playing bridge and the games: Meanie, Phase 10 and Scrabble; she enjoyed going to the casino to play penny slots. Most of all Norma loved being with her family and celebrating the holidays. 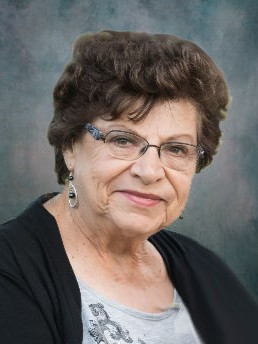