Visitation is 4-7 p.m., Sunday at Lind Family Funeral Home in Alexandria and will continue one hour prior to the service at the church.

Kenneth William Steiger was born on July 6, 1938, to William and Alfreda (Schafer) Steiger in Cavalier, North Dakota. He was born at home, the eldest of three boys. Ken’s father, Bill, farmed near the original Steiger home site at Cavalier which is still being farmed by Steigers. Ken had farming in his blood. He started school in a one room country schoolhouse at Cavalier. The family moved to Warren, Minnesota and purchased a farm. Ken finished grade school in Warren and graduated from Warren High School in 1956.

The Steigers belonged to the Warren Covenant Church, where the Rev. Karl Berg was their pastor. The Bergs had a daughter named Darlene and while she was visiting her parents during a break from nursing school was introduced to Ken. Her mother was a friend of Ken’s mother and as it would be, Ken and Darlene were married on July 7, 1962, in the Warren Covenant Church with Pastor Karl Berg officiating. To this union four children were born, the first, Paul died shortly after birth, followed by Lorie, Mark, and Katie. Ken joined the U.S. Army National Guard. He started college at the U of M, went part time between planting and harvesting, National Guard, working in nursing homes, marriage, and family. He earned a Bachelor of Science Degree in 1975.

Ken began his career as a nursing home administrator in Warren. This path led him to East Grand Forks, Denver, Colorado, and back to Minneapolis. In 1980, Ken purchased Leisure Hills Nursing Home in Hibbing and remained there until 1995, at which time he retired, and moved to Alexandria. After failing at retirement, Ken soon returned to his first love of farming which he continued through the harvest of 2022.

When Ken and Darlene moved to Alexandria, they joined the Alexandria Covenant Church where he was active and served as an usher, on the church board and as building chairman for the construction of the current sanctuary. He was a former member of Rotary International, board member of Northwestern College in St. Paul, and the men’s chorus at the U of M. Ken also had his pilot’s license and enjoyed soaring above God’s beautiful creation.

Following the death of Darlene in 2011, a friendship at church with Jean Hauptli began and in 2013, Ken and Jean were married at the Alexandria Covenant Church. Following their marriage, they enjoyed travel, driving to the farm, family activities, and church friendships. Together, they enjoyed nearly ten very happy years. Jean stayed by his side until his passing and was with him until the end. Blessed be his memory.

He was preceded in death by his infant son, Paul Kenneth in 1963; parents; wife of nearly 50 years, Darlene; and brother, Howard Steiger. 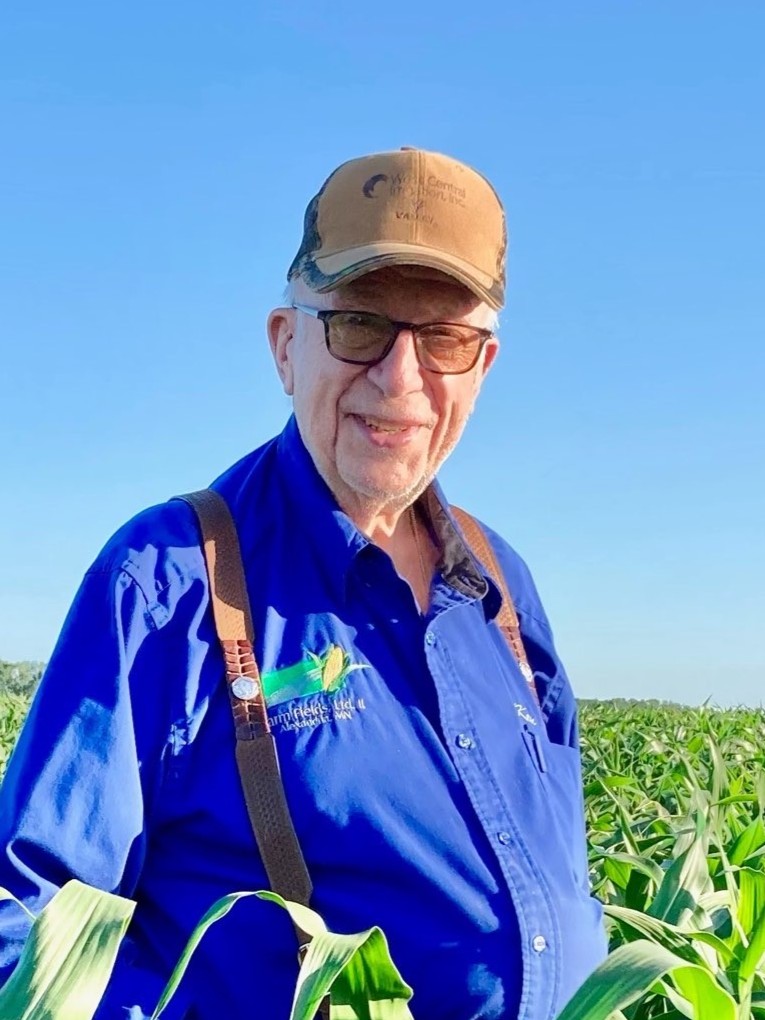