Jack met and married the love of his life Sandie (Stern) Vitali and together had one daughter, DeAnna Marie.

In 1975, Jack moved his family to the Carlos/Alexandria area where he resided until moving to Casa Grande, AZ in 2020.

During Jack’s early years he could be found coaching woman’s softball, active with the Carlos baseball team, or throwing a bowling ball on league night.

It’s no doubt, Jack lived a full life, from his gift to sing, to managing/bartending establishments like the Carlos Liquor Store, Eagles, VFW, and more, to past exalted ruler Elk's Lodge 1685, to leading many Memorial Day parades in his  convertibles, calling bingo for multiple Alexandria clubs, to his one-liners where you will often hear someone mimicking and laughing too today, to his involvement in many charitable organizations, Jack truly was a Pillar of the community who will be missed dearly, but most definitely, not forgotten.

Jack is preceded in death by his parents Angelo and Helen and brother Richard Vitali. 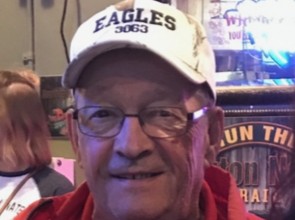