There will be a Prayer Service for Jean Dirck at 2:00 Thursday November 10, 2022 at UCC Church in Marietta, MN.

She grew up on a farm near Waverly with her large family. She spent her childhood climbing to the top of the barn and making homemade bow and arrows, rafts, button spinners, played hide and seek, and every other game invented. They also pitched hay, rode horses, worked the fields, milked cows, rode calves, laughed, and cried together.

She attended Waverly public school and married Vernon Henry (Bud) Dirck Jr on January 16, 1953. They lived on a farm near Troy where Bud trucked, and they farmed. Their children were all born while they lived near Troy. Jean loved gardening and was proud to be a 4-H leader. Her group received many community service awards.

In the early 70’s, she found another love in her life, nursing. After working for many years at Memorial Hospital in Watertown, SD as a nurses aide, she went on to get her LPN license. She and Bud then moved to Dawson, MN, where Bud worked at the bean plant, and she worked at the hospital as an LPN and scrub tech. She went on to attend college in Willmar to achieve her associate’s degree in nursing as an RN. Soon after, she became the Director of Nurses at Johnson Memorial Hospital in Dawson, MN. Approximately 6 years later, she and Bud moved to Sioux Falls where she started work in the Coronary Care Unit at Sioux Valley Hospital. She went on to get her bachelor’s degree in nursing and many credits towards her degree in Administration.

She enjoyed playing golf, pinochle, card games and square dancing. She made many close friends. She ran a craft business on the side with her husband Bud. They were both very social and loved to travel. They joined a networking company called Nikken. They enjoyed several years of making friends and taking many trips throughout the United States with their Nikken business. In 1996, they moved back to Marietta to be closer to family and friends. Jean started working as a travel and contract nurse, working in many areas of Minnesota. Her husband Bud passed away in 2009. In her last years of nursing, she worked as a RN for Cody Kellen. At the age of 77, Jean retired from nursing and began working as office manager at the Scott Dirck Golf Academy. She loved working with the young people and visiting with all the people that came through. She worked until her health wouldn’t allow her to do so.

Her family was her greatest pride and joy in life. She loved everyone.

She passed away peacefully at home November 4th after a long battle with colon cancer.

Jean had a passion for helping kids. The family intends to help her uphold that passion by starting a memorial in her name that will help sports, musical and art programs. In lieu of flowers, checks can be sent to the Jean Dirck Kid’s Foundation, at Dawson COOP Credit Union, PO Box 1002 Dawson, MN 56232. 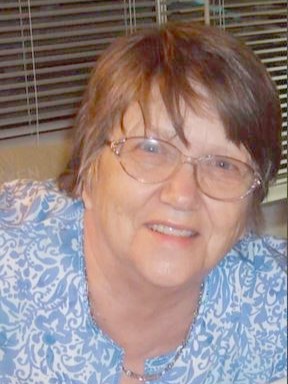