Janet was born on May 7, 1944, to Irene (Herr) and Konrad Whitmyre in Webster, South Dakota. She was the oldest of four daughters, with sisters Karen, Gwen, and Elaine. The family lived in several small communities in eastern South Dakota and western Minnesota while Konrad was a school teacher and served as school superintendent.

Eventually, the family moved to Russell, Minnesota, in 1959 when Konrad took a superintendent position there. This is where Janet met the love of her life, Marvin Gravley, when they were sophomores in high school. They have been together ever since and were united in marriage on August 22, 1964.

Janet earned a Bachelor’s Degree in Elementary Education from General Beadle College (now Dakota State University) in Madison, South Dakota. She and Marv moved to Welcome, Minnesota, where their first child, Erik, was born in 1967. Janet taught in Gaylord, MN, until the family welcomed daughter Kara in 1969. At that time, Janet and Marv moved to Mt. Lake, MN. She raised their children and taught in Mt. Lake for the next 12 years. Then, the family returned to Russell, MN, where Marv was the owner of Gravley Livestock Trucking for 12 years. During this time, Janet also taught in the Russell-Tyler School District. In September 1993, Janet and Marv moved to Alexandria, MN, and operated Lake Andrew Resort for 12 years, retiring in 2004.

Janet was a much-loved teacher to many students throughout the years, spending countless hours developing lesson plans, developing interactive educational games, and creating a warm and inviting learning environment – she had a significant impact on those who passed through her classroom. She had many gifts, as well, including as a seamstress and quilter, and she had many interests, including reading and spending time with her family and friends and travelling with Marv to warm climates in the winter. However, if you knew her, you know that the most important thing in the world to her was her grandchildren. She could be found reading to them or doing art projects with them in their early years, attending countless music concerts and sporting events later in life, and just sitting and talking with them about their growing interests and passions. She would simply light up whenever she saw them – and those moments were a treasure to her and to those who will carry on her memory now even as we are heart-broken over her loss.

Janet Kathleen (Whitmyre) Gravley of Alexandria died peacefully in her sleep on Monday, June 13, 2022, at Bethany on the Lake at the age of 78. Janet is survived by her husband Marv, son Erik (Sarah) of Alexandria and daughter Kara (Wally) of Horace, North Dakota, and by her five beloved grandchildren: Joey (Kayla) Stack of Bismarck, ND; Emma Stack and Jacob Stack, both of Fargo, ND; Gunnar Gravley and Birgitta Gravley, both of Alexandria. She is also survived by her mother-in-law Avis Gravley, sisters Gwen Whitmyre and Elaine Wait, aunt Eleanore, uncle Lester, brothers-in-law Gene (Diane) and Randy (Joyce), sister-in-law Val (Steve), many cousins, nieces, nephews, and extended members of the family.

She is preceded in death by her parents, father-in-law Walt Gravley, sister Karen Whitmyre, and much-loved aunts and uncles.

Memorial service will be held Saturday, June 18, 2022, at 3:00 PM at Living Word Lutheran Church in Alexandria, MN with visitation one hour prior to the service at the church.

In lieu of flowers, the family would ask that donations be given to a charity of your choice to honor our wife, mother, and grandmother.

Arrangements are with Anderson Funeral Home and Crematory www.andersonfuneral.net 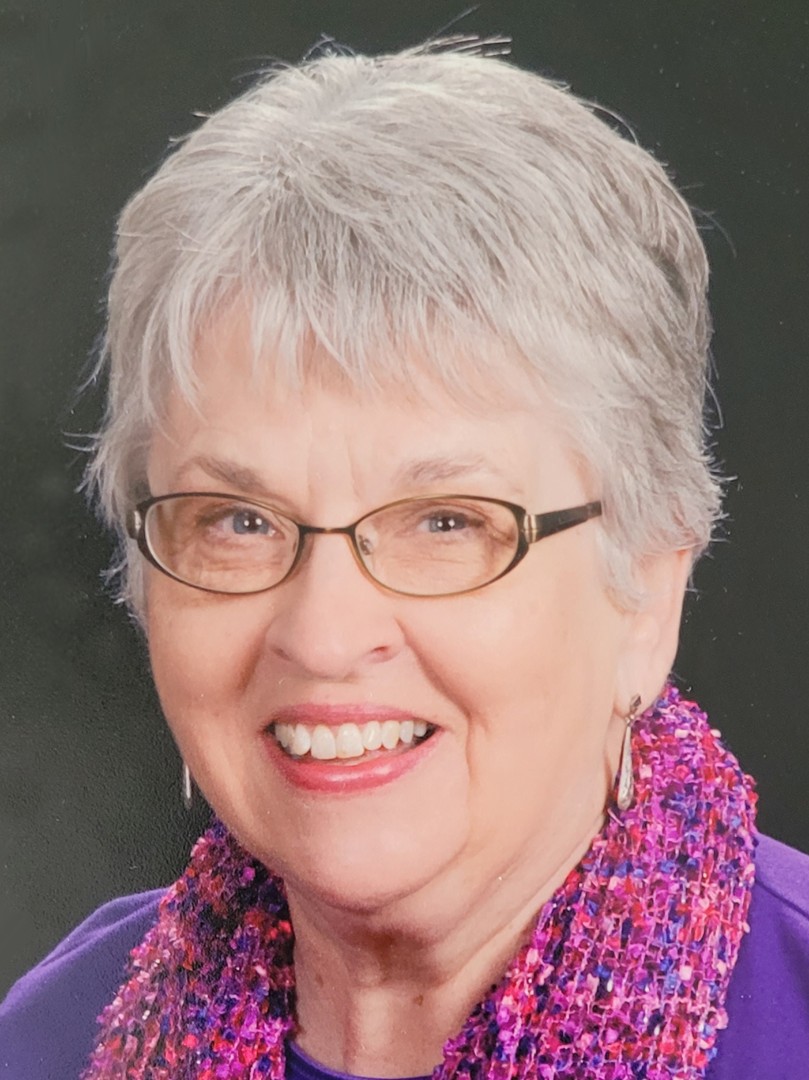