Henry “Hank” Harold Hyatt was born on October 23, 1935, to Clarence and Evelyn (Schmakel) Hyatt in St. Paul, MN. Throughout his childhood, Hank enjoyed hunting at his Grandparents farm in Braham, MN, and had a strong work ethic. He graduated from Woodrow Wilson High School in 1953.

Hank married Mary Lou Dickopf in 1954 and he was blessed with 8 children; Lynn, Jeff, Todd, Curt, Mark, Scott, Dawn and Lori. He raised his children with tough love and instilled his love for the outdoors in his children by taking them fishing, swimming, and duck and pheasant hunting near Swan Lake, north of Morris, MN. Hank worked as a salesman for an office supplies company, Curtis 1000. He loved his job and he did very well at it because of his love for being around people.

Hank retired in 1995 but then worked part time as a custodian at the Alexandria Tech College where he continued to work hard and refused to take any of his paid sick days. In 1997, Hank married Arlou Schwendemann and they loved to dance and play cards together. Later in life, he enjoyed to read, to go for walks, and liked to live a frugal and simple life style.

Visitation will be from 4-6 p.m. Thursday, May 19, at Anderson Funeral Home in Alexandria. Visitation will continue from 10-11 AM, followed by a memorial service at 11 AM, Friday, May 20, at the funeral home. 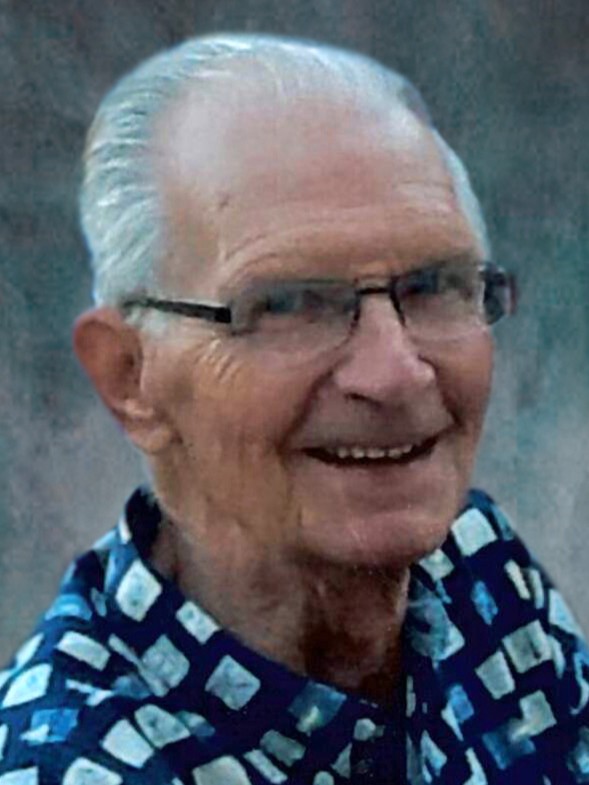