Harland Hanson, 97, of Evansville, died on Friday, December 31, 2021 at the Evansville Care Campus. Harland Herbert Hanson was born October 24, 1924 at home in Elk Lake Township, Grant County, near Hoffman, MN to Oliver and Ethel (Ellingson) Hanson. He was baptized and confirmed at Lincoln Lutheran Church in rural Hoffman by Rev. Ivar Sandburg. Country school (District #1) was attended through the 8th grade. He was graduated from Hoffman High School in 1942.

He helped his parents on the farm until the fall of 1948 when he went to Minneapolis and spent nearly five years there.At the age of 24 he became personally acquainted with Jesus as his Savior, and as a result of that passion in his life decided to go to Bible School, being graduated from Lutheran Bible Institute in 1952.

On September 23, 1949 he married Ruth Paukner (daughter of Michael and Caroline (Hogquist) Paukner) in Duluth, MN.

On August 21, 1982, Harland married Darlene Cording of St. Paul, NE and they moved to a farm near his home farm at Hoffman, MN.

While living in the Evansville area he was active in Our Savior’s Lutheran Church, Calvary Covenant Church, Evansville School Board member for twelve years, Director on Gardonville Cooperative Telephone Company Board from 1977 to 1983, Director and Secretary on the Holmes City Insurance Company Board from 1968 to 1999, Sons of Norway member, recipient of Friends of 4-H Award from the Douglas County 4-H, was active for a number of years in the Gideon Society, and many other various community organizations.

He was preceded in death by his wife Ruth; parents, Oliver and Ethel Hanson; in-laws, Michael and Caroline Paukner and Louie and Elizabeth Cording; Brother, Orlano in 2005 and Sister, Olive in 2021. Also preceded in death by granddaughter-in-law, Maryn Shuck Hanson in 2013.

Visitation: Friday, January 14, 2022, from 5-7 P.M., with a 6:30 prayer service at the Glende-Nilson Funeral Home in Evansville and continuing one hour prior to the service at the church.

Funeral arrangements with the  Glende-Nilson Funeral Home of Evansville. 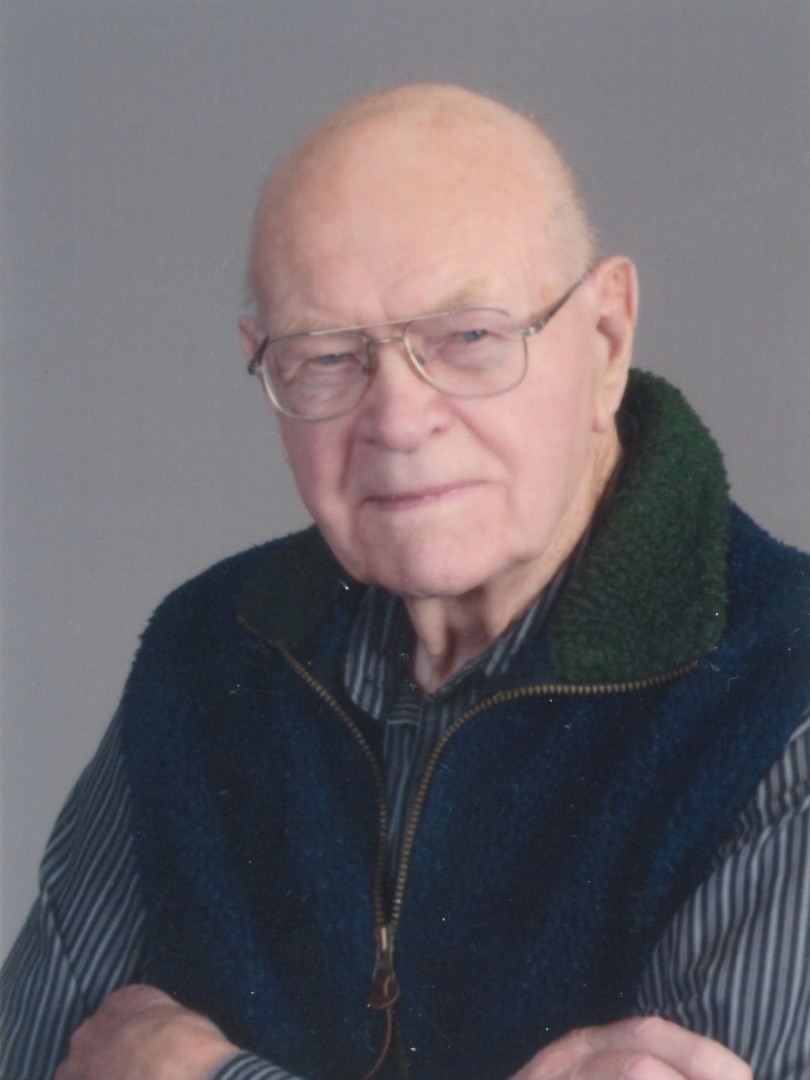