Gerold “Gary” Dean Affeldt was born June 25, 1947 in Alexandria, MN to Marlin Affeldt and Verna (Johnson) Kucera. After Dean was born, doctors didn’t expect him to live more than 6 days due to birth defects, but Dean overcame their expectations. When he was four years old his family moved out to North Dakota. After a couple of years, the family moved back to the Alexandria area where Dean completed his education through the special education program. In October 1963, he was confirmed in a private ceremony. One of the proudest moments of Dean’s life was when he became a godfather to his niece, Kimberly, in 1967.

In the early 70s, he bought his one and only home in Alexandria and continued to prove his independence and successes. Dean held various working jobs throughout the years, but was best known for being the Watkins Salesman. His favorite jobs included working at Kyle’s Barbershop and at the Sports Den with his sister and her husband. He was able to help customers, sell products, and even learned how to use the cash register. In the late 70s, Dean got the opportunity to help Ma Plaster with her venture to help troubled teens in the area. He soon became Ma’s right-hand man and would help the teens in whatever way he could.

Dean was actively involved in the Alexandria First Free Methodist Church. He loved being involved in all of the church activities such as the garage sale for the community, was a church board member, and was the tech for Sunday services. Dean had always felt welcome and proud to be a member. Two of Dean’s biggest passions were helping people and riding his bike. He has ridden numerous miles including trips to St. Cloud and Montevideo. Dean has been a part of the Alexandria community and landscape for 74 years and will be remembered by all the people whose lives he’s touched.

Dean passed away on Saturday, February 12, 2022, after living a full life despite all of the odds against him. He is survived by his two sisters: Sharon (Dennis) Nack and Debra Klinghagen; one step-sister: Denise (Jeff) Boudreaux; his sister-in-law: Deb Affeldt; and many nieces, nephews, great-nieces, and great-nephews. Dean is preceded in death by his parents; his brother: Brent Affeldt; his step-dad: David Kucera; his step-mom: Vivian Affeldt; and his brother-in-law: Leon Klinghagen. 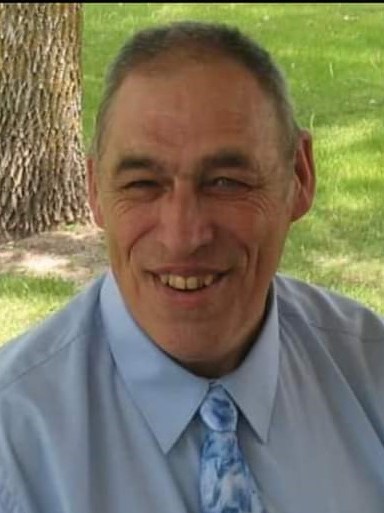