Erlin Henry Wittenberg, age 92, of Benton, AR, formerly of Alexandria, MN, passed away peacefully surrounded by his family on October 5, 2022. Erlin was the youngest of six children born to Henry and Clara Wittenberg (Drews) and raised on the family farm in Moltke Township near Gibbon, MN. After graduating from Gibbon High School in 1948, he served in the US Army and earned a master’s degree from Mankato State Teachers College. He taught social studies at Jefferson High School in Alexandria, MN for 37 years. It was there he met and later married his wife, Darlene. Together, they raised four children on Lake Brophy. Erlin served as commander of the American Legion chapter in Alexandria and was a life-long member of Zion Lutheran Church. He was a gardener and enjoyed fishing and pontoon rides on the lake. He also became an avid bird watcher, especially later in life in Benton, AR, where his backyard included feeders and dozens of bird houses that he enjoyed painting. He was an Alex Cardinal sports fan, especially hockey, and served on the board of the Alexandria Youth Hockey Association. As an educator and long-time resident of Alexandria, he had a lasting community impact. He enjoyed bumping into former students, which occurred frequently, even during his most recent visits to Alex.

In retirement, Erlin and Dar split time between Alexandria, MN and Russellville, AR, and then later St. George, Utah. They thoroughly enjoyed many years of retirement together, becoming grandparents, spending time with family and friends, and especially their international travels. They were fortunate to see much of Europe and parts of Asia. When Dar became ill in 2012, they relocated permanently to Benton, AR to be near family. Following Dar’s passing in 2014, Erlin remained there and maintained a residence. He missed Dar terribly through his final eight years but found great strength through his Christian faith. He continued to find joy in his life – that was his family and the quick friendships he made. Erlin enjoyed sports through his entire life -- he was frustrated by the MN Twins (a management problem, he said), but more recently encouraged by the performance of the MN Wild.

Family was the most important thing to Erlin. They remain tremendously grateful and were proud to care for him later in life, especially his nearby daughters Shelley and Carla, who helped him to maintain a comfortable and mostly independent lifestyle until his very last days. For those of you who spoke to Erlin recently, you were blessed. You felt good after visiting with him. Please carry that with you in life – care and be kind to others, as he always did.

Erlin was in good health for almost his entire life. He suffered a stroke and a fall and was recently hospitalized. The few days which followed were difficult, but as he always did, he found strength in his faith and his family. Through this, he assured us all that we are prepared for what is next. We know that to be true and find comfort in knowing that while his body was unable to recover, he was prepared in his faith and has since been reunited with Dar and others who love him.

Erlin and Dar will be interred together at Fort Snelling National Cemetery in Minneapolis, MN in the Summer of 2023. A reception and gathering of family and friends will also be held in the Twin Cities at that time, to be determined. 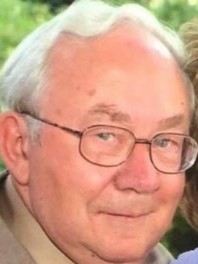