Ed graduated from Alexandria High School in 1950. He played Trumpet in the band and orchestra for 8 years. He also played football, basketball and golf during his junior and senior year of High School, and was part of the basketball team that went to the State Tournament in 1950.

After High School Ed attended the University of Minnesota, Minneapolis from 1950 until graduation from University of MN Medical School in 1957. Ed and Bonnie (Swensen) Tanquist were married August 30, 1956 in the Congregational Church, in Billings, Montana. At the time Ed was serving 3 months as a noncommissioned officer in the Coast Guard at Crow Agency Hospital located in SE Montana where the Crow and Cheyenne Indians were served. They finished their respective colleges at the University of Minnesota. Their senior year they had quarters at the Anoka State Hospital, where Ed was Admitting Physician for newly arrived patients during nights and weekends, and finished medical school by day. Bonnie continued her course of study including practice teaching at various city schools. Ed and his bride, Bonnie, moved to Panama in 1957 where he completed his residency in General Surgery and Internal Medicine. Their sons John and Bruce were born in the Canal Zone before returning to the States in 1960. Ed then joined His father in Alexandria, MN, in general practice before welcoming their daughter, Faye, to the family whom was born in Alexandria in 1961.

In the 1960s Ed learned to fly aircraft adding several aviation certificates. He was a certified private, commercial and instrument instructor, for both ground and flight school. He had a single engine, twin engine, float and ski plane rating. In 1967 he was awarded Mr. Aviation for the State of Minnesota. During his years of flying Ed also recorded an astounding 492 parachute and sky dives.

Ed and Bonnie have been lifelong members of the Congregational Church. Ed was a choir member from grade school through High School. Ed was involved with Junior and Senior Pilgrim Fellowship. Ed attained the rank of Eagle Scout and became a boy scout leader.

On Sunday July 18, 2010 Ed was confirmed in St Lukes Lutheran Church, Garfield MN. Ed sang in St Lukes choir and especially enjoyed the Mens Prayer Group on Wednesdays. His membership at St Lukes and association with Pastors, group studies and Mens prayer group resulted in a deeper understanding of Jesus Christ and Christianity. He was also a member of the Golden K.

In lieu of flowers please donate to the charity of your choice or to Douglas County Hospice. 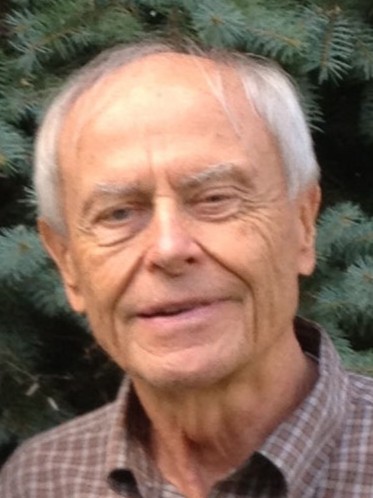