Dorothy Ann Stoeber was born on July 26, 1937 in Mankato, Minnesota. She was raised in Huntley, Minnesota where she attended school. After her high school graduation, she continued her education at Mankato State University in Mankato, Minnesota. She was the first granddaughter to receive her college diploma. Her mom was so proud! When she received her degree in education in 1959, she moved to Pipestone, Minnesota and began teaching at the Pipestone School District. On April 18, 1964, she was united in marriage to Dale Stoeber at St. Leo Catholic Church in Pipestone. Following their marriage, they lived in Pipestone. Except for the two years from 1964 to 1966 when she taught in Edgerton, Minnesota, Dorothy spent her entire teaching career in Pipestone. Teaching was her love, and she taught health, physical education and social studies. Many students remember Dorothy’s social studies class for the quilt they made. Dale preceded her in death on January 17, 2009. After his death, she continued to reside in Pipestone, living at home, Ridgeview Estates, and moved to Good Samaritan Communities of Pipestone in August of 2022. On Saturday, November 19, 2022, Dorothy passed away peacefully at the age of 85 years, 3 months, and 25 days.

Dorothy was a member of St. Leo Catholic Church in Pipestone. She was baptized and confirmed in the Catholic faith at St. Mary’s Catholic Church in Winnebago, Minnesota. She was an active church member and sang in the choir, taught religion classes, served on the church council and was a communion distributor. She was also a member of the Catholic Daughters. She volunteered for the Pipestone County Hospice, and she was a member of the American Legion Auxiliary. She was an avid reader, loved to bike ride and enjoyed golfing. She also enjoyed playing tennis and racquet ball. Her favorite times were spent walking, and by 2015 she had walked over 29,000 miles. She started walking four miles every day, Monday through Friday, but as she aged she changed that to two miles per day. 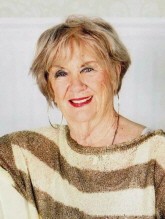