Donald Glen Hustad, 92, passed away in Alexandria, MN on July 28, 2022. Don battled vascular dementia and peripheral vascular disease during the past few years and had recently lost circulation to his foot. He was always appreciative of the care he received at The Gables assisted living, and by local doctor offices, clinics, and hospitals.

Don was born in Aberdeen, SD, with his twin sister, Dorothy (Hovren), on August 4, 1929 to Cora (Haugen) and Alford Palmer (A.P.) Hustad of McIntosh, SD. They came home in shoeboxes to meet their older sister, Betty, during the Great Depression. The family grew with additional sisters, Marlene and Jane and they moved to Graceville, MN in the mid 1930’s where A.P. owned a farm implement store and they attended Mt. Olive Lutheran Church. Don worked at the store and sold newspapers. The family moved to Alexandria in 1946 when A.P. bought the International Harvester business and Don was a senior in high school. Don earned a bachelor’s degree in Chemistry from St. Olaf College in Northfield, MN in 1951 and was considering medical school.

That summer of 1951, when he came back to Alexandria from college, he met the love of his life….a new 4th grade teacher in town, Donna Jean Owens, from Crookston, MN. They would marry the following year on October 11, 1952, and would have four children—Kent, Steven, Cynthia and Thomas. Don worked for his father’s farm implement company and bought out his father in 1959. Life was busy with the four children and the business. In 1964, Don was named Outstanding Young Man of the Year by the Jaycees. Don worked hard to make the business successful and decided to move it in 1971 from its original Third Avenue location (currently The McCarten Law Firm) to a new building (currently owned by Ollie’s Service) where it would have better visibility off the new Interstate and more land for displaying equipment. For 35 years, he owned and managed The A.P. Hustad Implement Co selling, at various times, International Harvester trucks and tractors, New Holland, Case, Ford, Versatile farm implements, GE/Admiral/Zenith appliances, Cub Cadet and Simplicity lawn and garden tractors, Bridgestone and Suzuki motorcycles and snowmobiles.

The family attended First Lutheran Church on Douglas until the children graduated from high school, when they switched back to Donna’s Missouri synod roots and attended Zion Lutheran, and Mount Carmel Ministries during the summer months. Don served on the board at First Lutheran, taught Sunday School, and preached occasionally at Carlos State Park. He also served on the Alex School Board for a term and was a member of the Chamber of Commerce and Kiwanis Club. They enjoyed gathering with friends for Bible Studies and Bridge Club when the kids were young. They were blessed with many trips to Europe through the business and later on their own. They studied their religious roots by going to Germany (Martin Luther) and Israel (Holy Land) and their family roots travelling to Norway, Germany, and Wales several times. In the 1990’s, he decided it was time to sell the business. Fortunately, he and Donna enjoyed several years of retirement in Minnesota and Tucson, AZ before she was hit with a severe stroke in early 1997. Don learned how to cook, clean, manage the house, and take care of Donna for the next 15 years. His love for her never ceased and their faith in God continued to grow. He was an avid reader of religious and conservative economic publications and would often send clippings to his kids from the Wall Street Journal.

Don and Donna supported many different Christian organizations and schools at various times, including but not limited to First Lutheran, Zion Lutheran, Mount Carmel Ministries, Northstar Academy, Concordia College, St. Olaf College, Hillsdale College, Knute Nelson Foundation, and others in Arizona and elsewhere. They were also quick to donate to individuals in need and were wonderful examples of quiet generosity. In his last days, Don was praying to God in the hospital and expressed gratitude for all he had been blessed with—his wonderful wife, whom he missed terribly for 10 years, his family and extended families of his and Donna’s, and dear friends, customers and former employees that had been a part of his life during the 90 plus years here in Minnesota, Arizona, and even in Norway. He felt so blessed to have all of you in his life!

Don is survived by his children Kent (Julie) of Stillwater, MN and daughter, Erin, of St. Paul, MN; Cindy (Kraig Stube) of Manlius, NY and daughters Erika (Nathan Medrano) of Miami, FL and Annalise (Joseph Kazar) of Hermosa Beach, CA; and Tom (Carolyn) of Lansdale, PA, and their children, Adam (Boston, MA), Stephanie (Davis, CA), and Ryan (Columbia, SC). Don is also survived by his sister, Jane Osterberg of Marshall/Alexandria/Denver and brother-in-law, Duane Engstrom of Edina/Northfield and many nieces and nephews.

A Memorial Service is planned for 2 p.m. on Saturday, October 1, 2022, at Zion Lutheran Church in Alexandria, MN. Family will greet people in the Narthex starting at 1 p.m. and refreshments will be served after the service. A private burial will be Friday, September 30 at 3 p.m., at Kinkead Cemetery in Alexandria

In lieu of flowers, please consider a donation to Zion Lutheran Church/School, Mount Carmel Ministries, Knute Nelson Foundation/Hospice, or the charity of your choice. 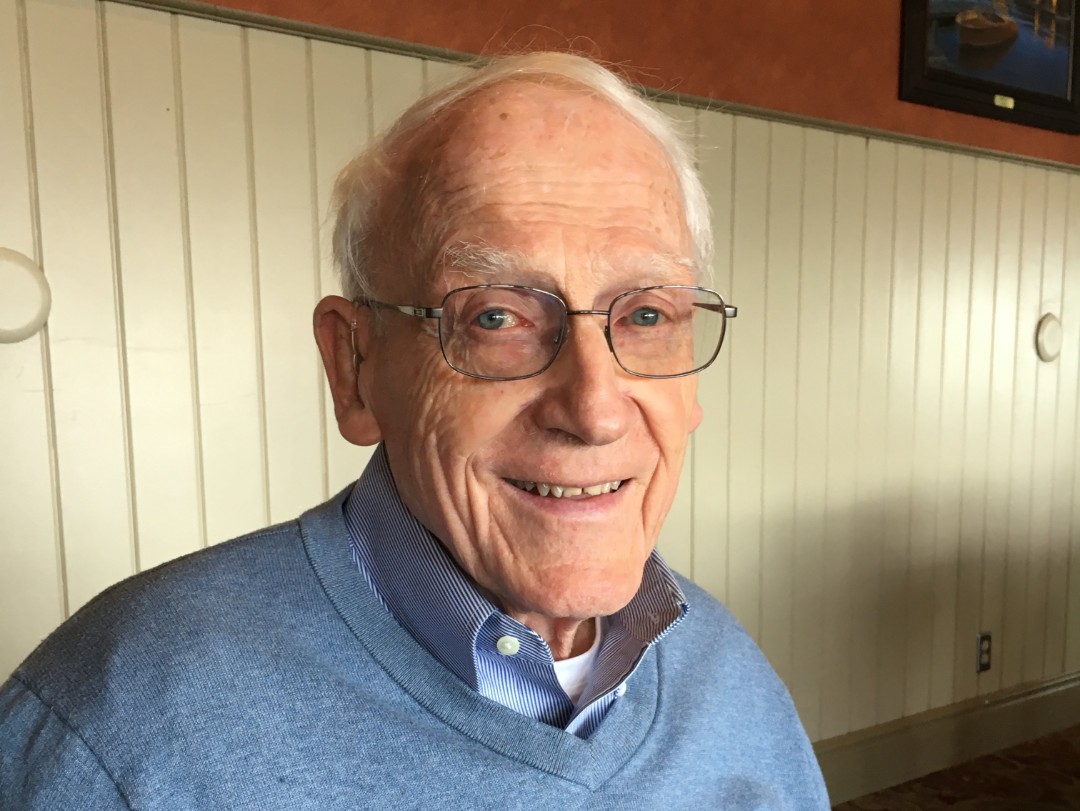