Donald “Don” E. Schmidt of Alexandria passed away on the morning of Friday, September 23, 2022, at the age of 88. A Mass of Christian Burial will be held at St. Mary’s Catholic Church on Friday, September 30, 2022, at 11:00 AM. Don’s burial with military honors will take place the following day at Riverview Cemetery in St. Paul at 1 pm.

Don was born on December 7, 1933, to Rose (Dockendorf) Schmidt and Edward Schmidt. He was the brother of Marion (Richardson) Schmidt and Betty Jane (Runge) Schmidt. He attended South St. Paul High School where he played hockey and was a standout first baseman on the baseball team.

In 1954, he was drafted in the Korean War and served two years in Germany as a sharpshooter assigned to vehicle maintenance in a tank battalion. After returning to Minnesota, Don married the love of his life, MaryAnn Kalbler at Holy Trinity Catholic Church in South St. Paul on November 10, 1956. In 1957, he graduated from St. Paul Technical College as an apprentice carpenter. He would go on to a 30-year career as a union-proud finishing carpenter, last employed at 3M headquarters in St. Paul. Don’s level planes, straight lines and mitered joints consistently drew admiring glances from across the room.

In 1973, Don and MaryAnn bought a nice lot on Lake Latoka and built a cabin from the ground up which eventually became their permanent residence. Work projects (often involving a shovel), fishing, swimming, and water skiing were enjoyed by family and friends for 40-plus years. Don is best remembered for his social, fun-loving nature and great laugh. He loved big band music and old-time country twang. He had a keen interest in world geography and could name rivers and capitols throughout the world. He was a tenacious and fun competitor in ping pong, table hockey, one-on-one basketball and was the most famous all-time quarterback to neighborhood boys in West St. Paul. Family and friends will fondly remember hoisting a glass of cheer whilst Don offered his famous toast: “here’s ho!” 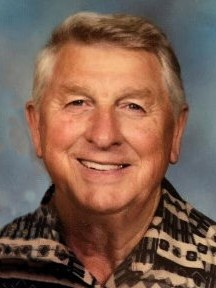