A memorial service will be 2:00 PM, Saturday, May 7, 2022 at the Lind Family Funeral Home in Alexandria with Rev. Patrick Sullivan officiating.

Visitation will take place one hour prior to the service.

Charles John Basch was born March 20, 1926, in South St. Paul, Minnesota to Charles Joseph and Ella (Breskamp) Basch. He excelled in high school sports and lettered in baseball, basketball and football. He joined the US Navy and proudly served in the Pacific Theater on the attack transport USS Burleigh from 1944 to 1946. After his honorable discharge, Charlie played minor league baseball in Fort Lauderdale for the Florida International League where he earned the opportunity to play baseball in Cuba. He later enrolled at Concordia College in Moorhead where he played football. He met and married Winifred Christiansen in 1949, and graduated from college in 1950, with a degree in Biology. Charlie taught and coached high school sports in Wahpeton, Moose Lake and most notably at Alexandria High School. While at Alexandria, Charlie was head coach for the Cardinals baseball and football teams. He then returned to coach for Concordia College and eventually St. Cloud State University. While at SCSU, Charlie taught for 23 years, was assistant football coach and head hockey coach from 1968-1984. Charlie was recognized for his achievements by being inducted into the South St. Paul, Concordia College and St. Cloud State Athletic Halls of Fame. He married Kay Vance in 1988, and embraced having additional family to share his time and talents with. Kay passed away in 2021. Charlie had many interests but mostly enjoyed golfing, attending hockey games, sharing goodwill and walks on the beach in Naples, Florida.

He was preceded in death by his parents and daughter, Margaret ‘Margie’ Elizabeth Basch. 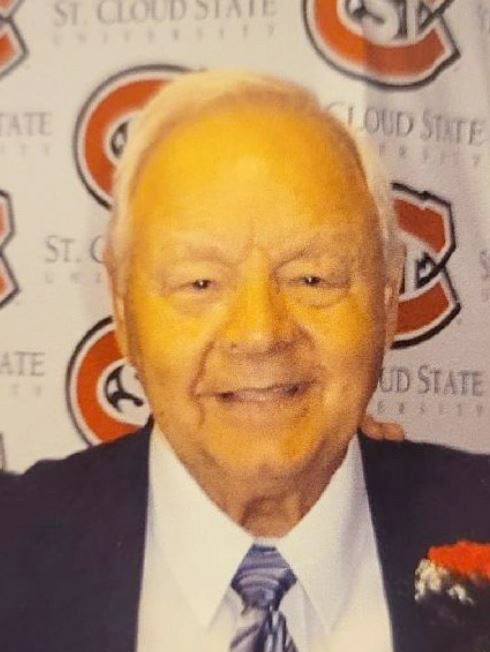