Barbara Hagen, of Alexandria, Minnesota, with a glowing smile and deep love of her family, died on Oct. 10, 2022.

She battled pancreatic cancer for more than a year. She passed away at age 86 under hospice care enjoying the beauty of Maple Lake near Forada, Minnesota, where she and her husband Gilbert spent their retirement.

Barbara was born on Oct. 21, 1935, in Madison, Minnesota, to farmers Julian and Gladys Enger. She was the second-oldest of eight.

Her favorite memory of growing up on the farm was being able to spend time outside. “I enjoyed helping raise my brothers and sisters,” Barbara said in 2020. “It didn’t seem like a burden to me. It was just something you were supposed to do, helping your parents with the kids.”

She drove the tractor and enjoyed helping on the farm because that meant she didn’t have to be in the house washing dishes.

She attended school at rural Madison and graduated in 1954. She was active in Lutheran League, 4-H, a recipient of the God Home Country Award and Key Church Award.

After high school, she worked as a secretary at Northland Electric Supply in Minneapolis.

They bought the beer distributor in Worthington, Minnesota, from Gordon Hagen, Gilbert’s father, in 1970 to form Hagen Beverage Distributing, Inc.

Barb sold Avon makeup products and eventually became a full-time bookkeeper for the beer business. “It was the business and the boys then,” she said.

She served on the board of directors of the Minnesota Beer Wholesale Association for seven years. At age 40, Barb was blessed with her first of four grandchildren. She had eight great-grandchildren. Her family made her truly happy.

She loved quilting, traveling, gardening, canning, and she made the best apple pie and potato salad you could imagine. She did a wonderful job passing those traditions down to her family.

Barb and Gilbert celebrated their 50th wedding anniversary in 2007 in Florida surrounded by family.

Barb was preceded in death by Gilbert, her husband of 63 years; her parents; her older sister Marge; and her younger siblings, Deanne; David; Warren; Cherylee; Michael; and Jon Patrick; and her daughter-in-law Suzanne Hagen.

She is survived by her three sons Bruce and Linda; Mark and Liz; and Greg; four grandchildren Tina and Mark; Amber and Carl; Nicholas and Allyson; and Luke and Shannon; and eight great-grandchildren: Emily, Elizabeth, Alexavier, Grace, Gordon, Lexi, Nixon and Zoey Barbara.

A memorial service will be held at 1 p.m. on Oct. 26 at First Lutheran Church in Alexandria, with visitation one hour prior to the service. She will be buried at the Minnesota State Veterans Cemetery at Camp Ripley in Little Falls, Minnesota, alongside Gilbert. 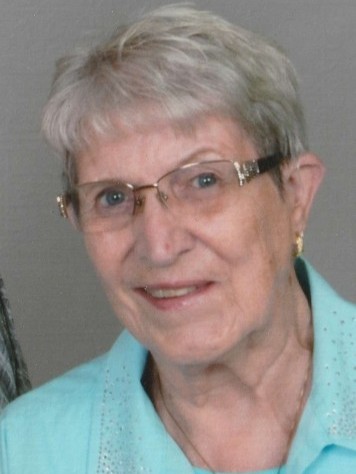